Sonarworks: Setting the Standard for Sound

Founded in 2012, Sonarworks is one of the first and biggest deep tech startups in Latvia. The founders, Helmuts Bēms and Mārtiņš Popelis, have solidified themselves as two of the most successful Latvian entrepreneurs — with their technology being used all around the world, both in the studios of Grammy-winning sound engineers and in the headsets of audio lovers. Today, Helmuts reflects on the journey that they have made to get here. 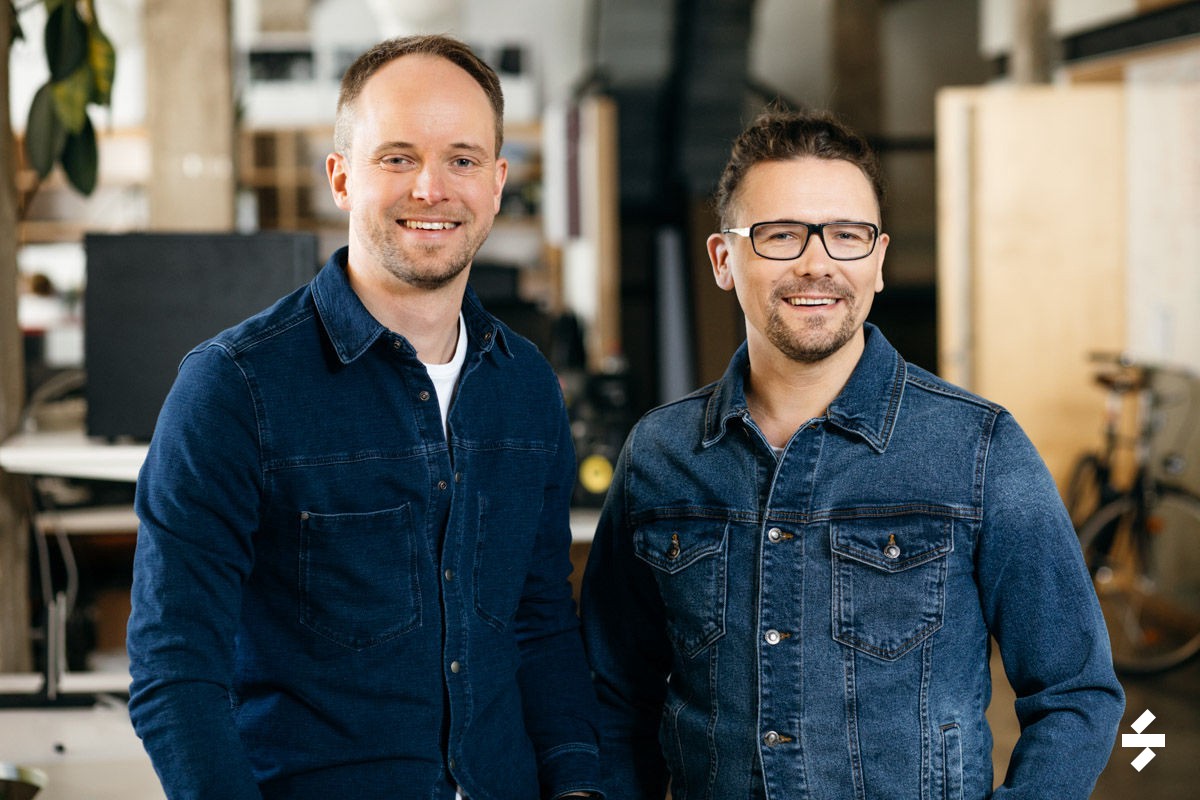 While not unusual for startups, it might be surprising that neither of the two Sonarworks founders have engineering backgrounds. As serial entrepreneurs with business education, Helmuts had had two startup experiences under his belt, while Mārtiņš was even more seasoned — with three projects. While looking for a new business idea, Helmuts hobby of high-quality audio led them to meet an engineer who had a very basic prototype that could increase the performance of audio studios.

While Helmuts had a rough understanding of the idea behind the prototype, they did not feel like they could accurately judge whether it would perform well as an actual product. While wondering whether there is an actual problem and whether this is the right tech solution for it, they knew from experience that starting a company takes conviction — it is going to take over a big part of their lives: “We said to ourselves — the only way we will have that conviction is if we talk to engineers with Grammy awards and they tell us it’s really good stuff.”

As soon as they started preliminary market research, Google revealed exactly where you need to go to meet those kinds of professionals — Los Angeles, the City of Angels. Two plane tickets were followed by over a month of intense networking within the audio industry — finding engineers, meeting them, and getting to know their studio setups. “We were happy to realize that the technology really works and solves a real problem that exists in the industry. We also learned that the product was not ready for market — but it did not change the fact that we had decided to jump fully into the project,” explains Helmuts. 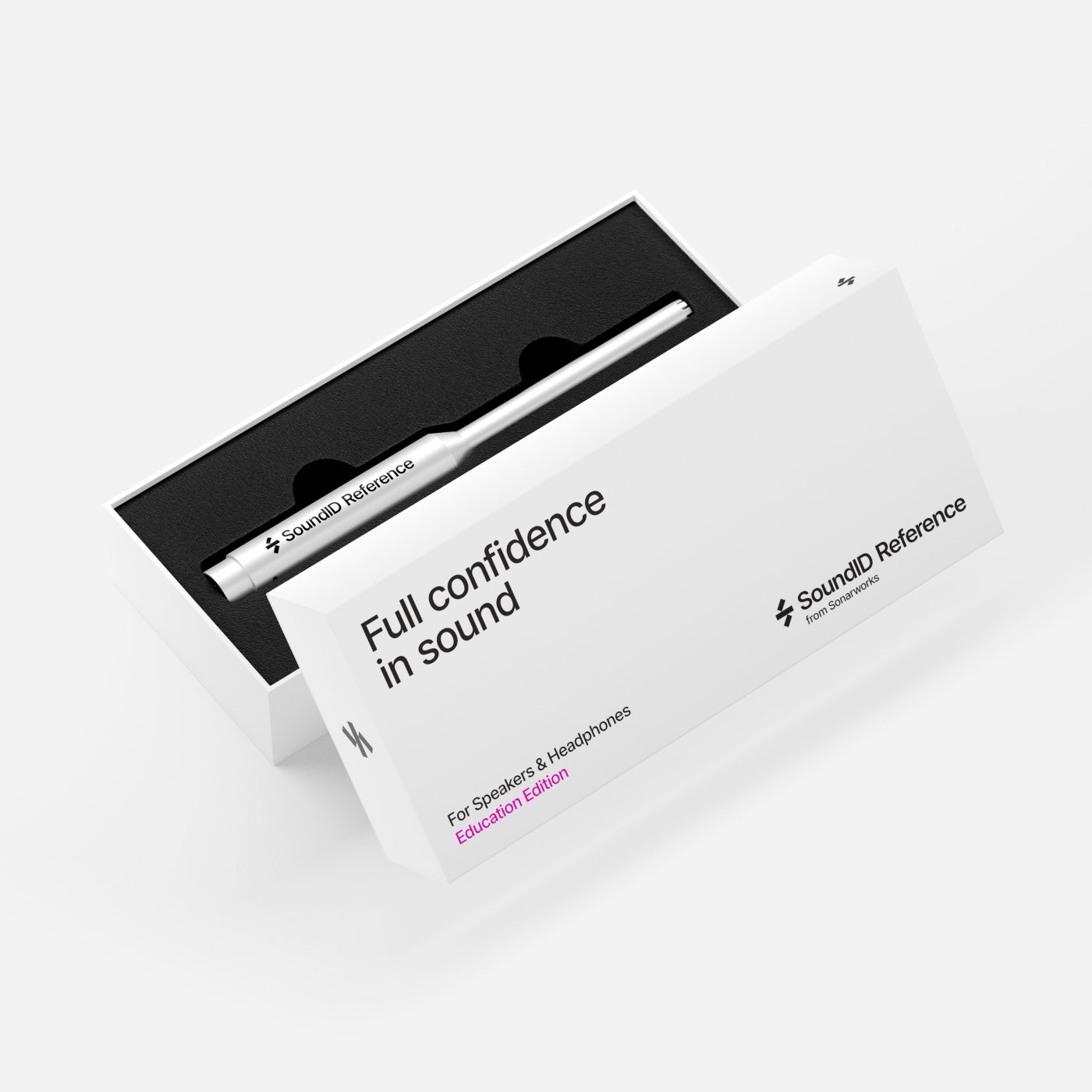 While the modern tech innovation ecosystem has increasingly more and better support mechanisms for new ideas, back when Sonarworks was founded that was not the case. All they had was a creative industry support program at the Andrejosta district of Riga — which subsidized premises for new and creative ventures. “When you start out, all of the costs of the company are personal costs and the financial situation is very fragile. Any help matters a lot, and despite it being the only help we could get, it was a big deal,” Helmuts reminisces.

At the time, even accelerators were not a big thing in Europe, and even if there were some, Helmuts admits that they were not aware of any that would fit their tech idea. So they had to bootstrap everything themselves. Which only got tougher once they fully understood the problems of how the product works from a user perspective: “Without going into technical details, our first prototype was a tool for expert engineers — you really had to know how to use it or it wouldn’t work. That meant it would not scale. We would have to train people to use the product — a slow and expensive process.” 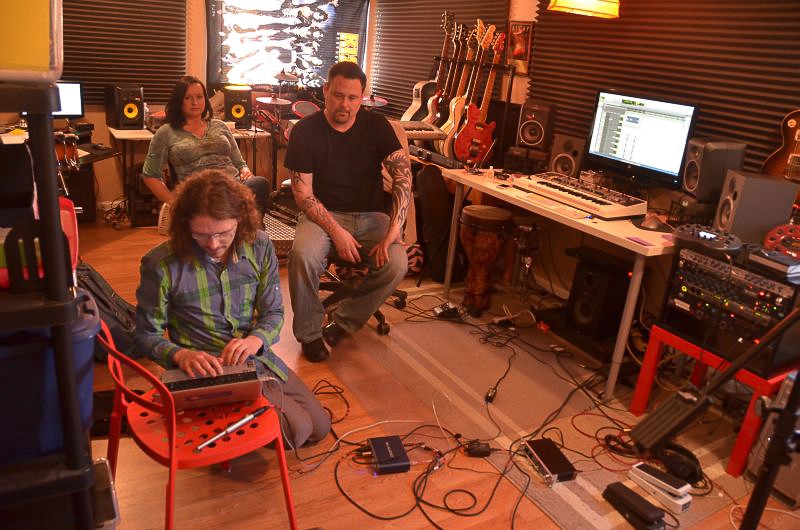 As a result, Helmuts and Mārtiņš realized they need to rework the user interface and automate as much of the process as possible — so the product could be used by anyone without any prior knowledge. “Initially, it seemed counter-intuitive — we were still targeting professionals after all. You might think that they would be okay with diving deep into a product, and that their tolerance for complexity would be high,” Helmuts explains. “But we quickly understood that it’s not the case — most of these professionals are skills-wise narrowly focused on their work. They are often very artistic people who don’t want to invest time into the engineering side of their profession. And even the engineers were often strictly limited by time and did not want to spend it going through a dense manual. We needed to completely change the user interface of the product.”

That is where bootstrapping was forced to come to an end. Automation in the deep tech industry is an expensive endeavour because the problems that need to be solved are sometimes as difficult as the project itself. Realizing it would be too costly to attempt that without external financing, Helmuts and Mārtiņš attracted venture capital — first of 200 000 EUR, then 600 000 EUR. Using these new resources, they pushed forward and got to a product they could successfully launch to market. 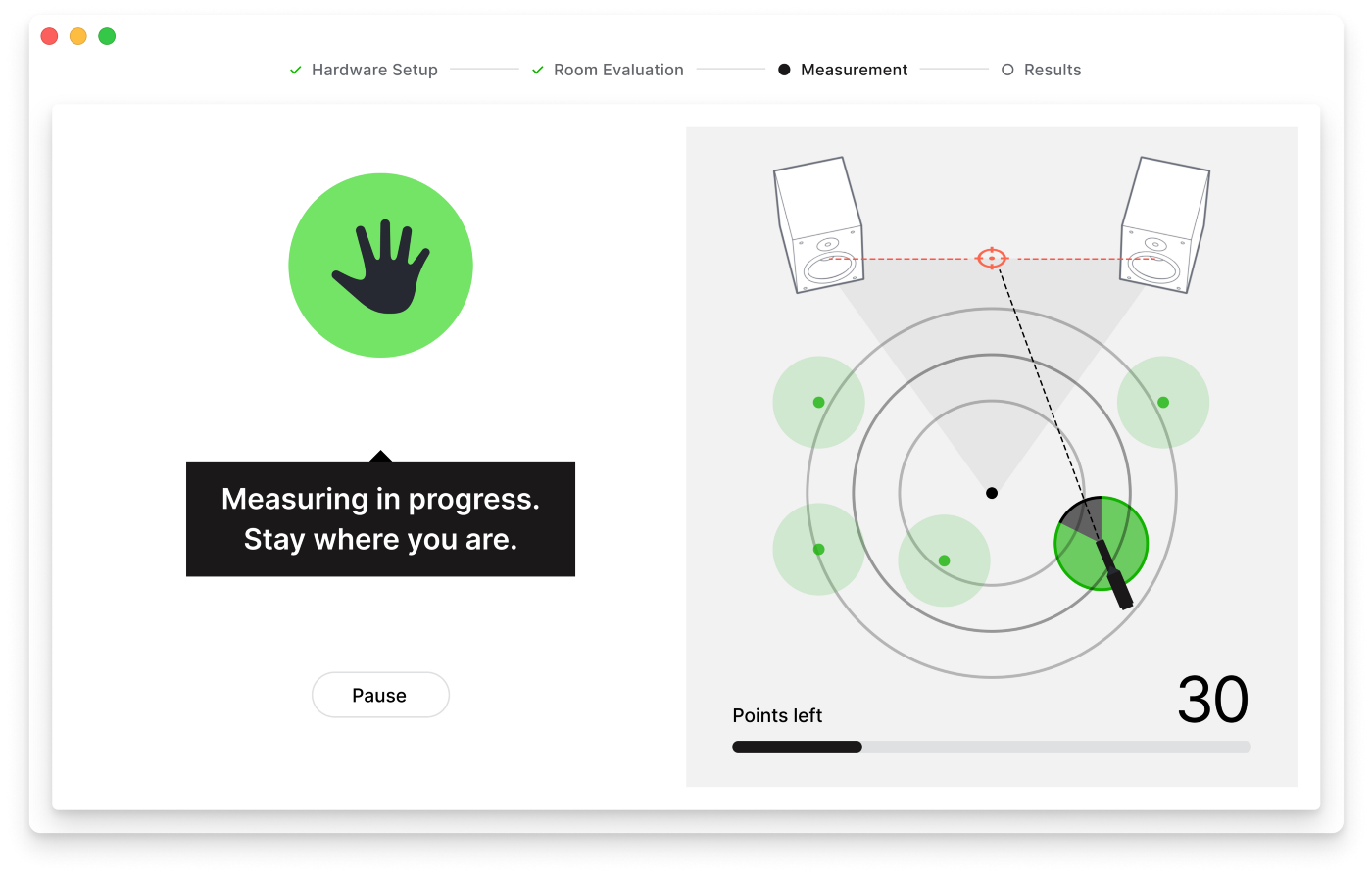 The gift that keeps on giving

Helmuts emphasizes that the first months they spent in LA were instrumental to their eventual success in many ways that they did not even anticipate. Those engineers with Grammy awards became invaluable beta-testers, and later — opinion leaders with favourable reviews and endorsements, supporting the move to wider market. That, together with some successful PR stunts, resulted in Sonarworks being featured on the cover page of a prominent sound industry magazine within a month of the launch. “We hit a very sweet spot in terms of product-market fit and had great reception. From then on it was steady growth,” says Helmuts. “We try to keep expanding our network of connections and maintain these relationships. Whenever we go on business trips to Berlin, London, Tokyo, or Los Angeles — places where the music industry is very concentrated — we always try to meet as many clients in person as possible and spend some time with them. Both to better understand the market and to maintain these relationships.”

Helmuts also comments on how the whole music industry is part of the show business and how that comes with a unique energy. As you make more and more connections, you get deeply embedded into that culture — resulting in a lot of cool experiences. Helmuts shares one of them:

“When we started off, Michael Jackson — the King of Pop — was still undoubtedly the biggest legend and inspiration for many in the music industry. We met a lot of professionals who had claims to fame over how they were related to MJ — and most of the time it was a far-fetched connection along the lines of being in the same building once. But then I met a guy who at one point casually said that he played with MJ for a while. At first I dismissed it because I had been used to all the bragging. But some days later the topic came up with another client and it turned out that the guy actually played piano for MJ for many years! We established a really good relationship with him, partially because he had a very advanced recording studio at home — one of the most complex setups I had ever seen. He had asked us over to see whether our technology could improve his recording studio. I arrived there in the morning and finished tuning at 2 AM in the night — after around 15 hours of work. He was around the entire time so we chatted about his career and what it was like working with MJ. And when we were done, we sat down on the sofa and in the middle of the night listened to records. He was so blown away by the improvement of the sound quality within the studio that he woke up his wife and had her join us in this listening party that went on for another 2 hours. One of the most amazing experiences of my life.”

It has been a 10 year long road for Helmuts and Mārtiņš, and Sonarworks has significantly changed since its inception — with different structure, products and goals. “During those first months, driving around from studio to studio in LA, we discussed how we see the future of our product. Back then we had a clear vision of our deep tech journey — digitalization of the sound device. We knew that the impact would eventually be bigger than the recording industry. That it would end up stretching into the consumer side and affect how sound is consumed. Now, 10 years later, we are finally starting to realize this bigger mission.”

It might have taken longer than expected, with all kinds of growing pains, but today Sonarworks is well established in the recording industry, having set the standard for sound. During the time when they were looking for venture capital, Standard For Sound was actually the Sonarworks slogan, and it did not always go over well because of how steep an ambition that was: “I remember going to pitches and startup conferences where some investors were straight-up laughing at us. But here we are, 10 years later, having de facto established a standard for recording studios.” 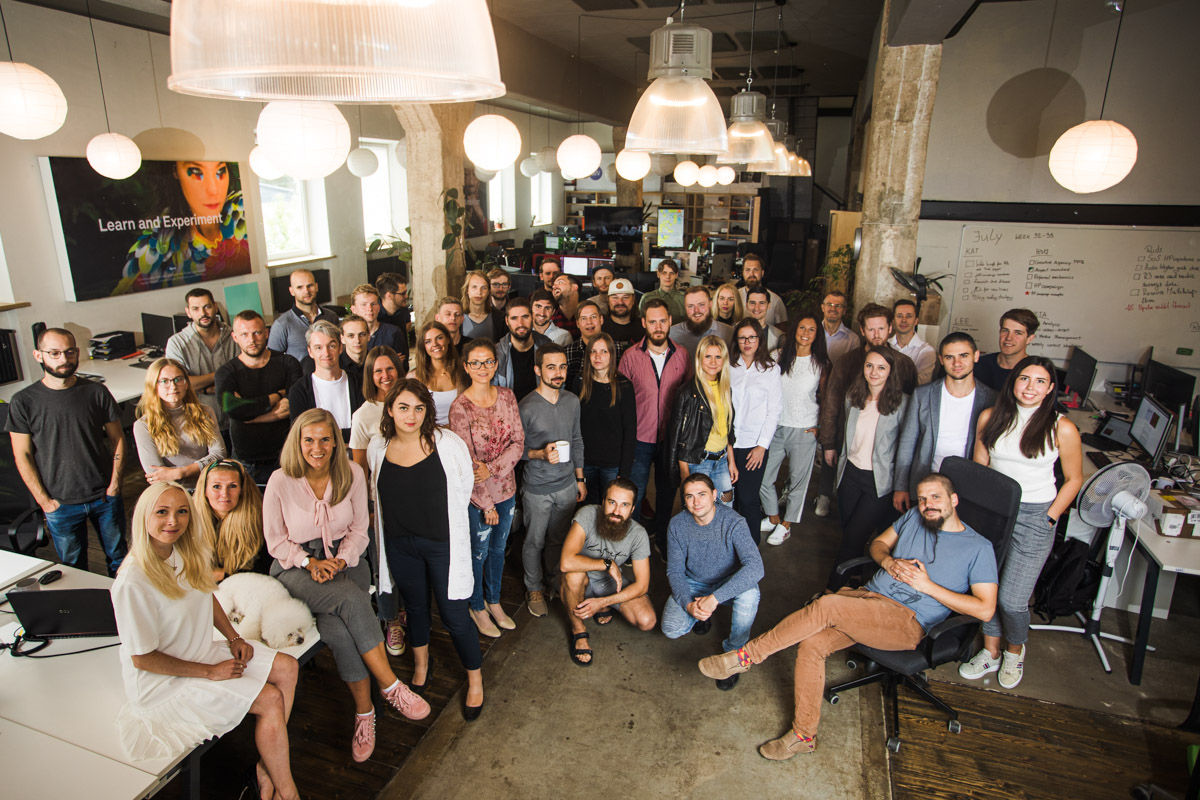 The current trajectory for Sonarworks is to also do the same for consumers. New technology is being licensed to manufacturers of sound devices. However, Helmuts admits that the consumer market is a big and tough industry — it’s a path uphill. But they are already having first successes — hundreds of thousands of products with integrated Sonarworks technology already produced and distributed.

Helmuts has learned a lot about the deep tech startup journey in the past 10 years, and one of the biggest takeaways is that you can never stop innovating. It might slightly depend on the ultimate strategy of the company, but pretty much any deep tech startup will have to maintain some level of constant R&D activity. “It does not mean all you do is research — that makes you into a research institution,” Helmuts explains. “But as a business you have to keep advancing your technology and producing new stuff. I have doubled down on the understanding that markets move very fast. Even if you have a technology advantage when you start out (or you gain it at some point), it’s going to be very short-lived and eventually the market is going to outpace you. In order to stay competitive, you will have to constantly invest into R&D. The moment you stop forward-looking research, your time is running out.” 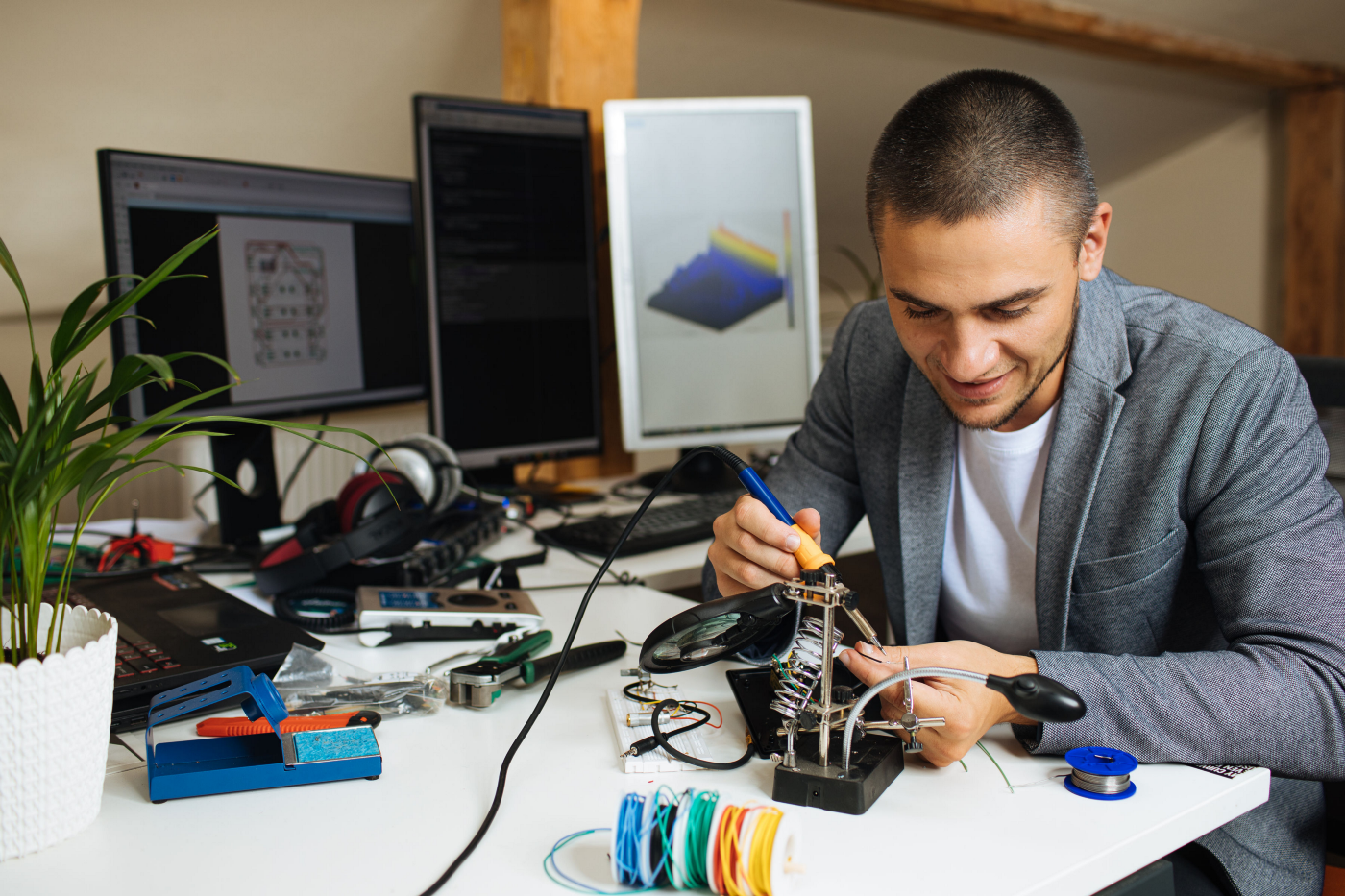 He also mentions that Sonarworks experience in the consumer tech market has shown that the moment big companies start to pay attention and begin to innovate in your field as competition — you have to watch out. They have an enormous amount of resources and can swiftly catch up and surpass smaller startups.

What’s more, because a deep tech startup has to keep innovating and finding new clients, it can be very difficult to scale up in Latvia. “You can do your initial push and market launch here, but you also must early on plan to move out into the world,” Helmuts advises. “There are not going to be enough clients in the near region, and — depending on the industry — you will likely struggle with attracting the talent you need for research. It’s an ongoing issue in Latvia that we lack a focus on exact sciences in our education. Especially as a small country, we can’t afford to ignore education and developing our talent pool.”

Sonarworks is a member of Latvian Startup Association Startin.LV. Want to learn more about us? Visit our website and join the community of over 7 000+ startup enthusiasts by following us on Facebook, LinkedIn and Twitter.